Only 190Kč with Discovery Pass!

Hike with us to the peak of Mount Říp (455 m/1520 ft), enjoy the fabulous views of the lowlands around and explore the historical town of Roudnice nad Labem.

Add to your Google Calendar

More info in the event’s description

According to the legend recorded by the chronicler Kosmas in the early 12th century, a mythical tribal chief, “Praotec Čech“ (The Forefather Czech), led his people to the top of Mount Říp. Having ascertained the land around „abundant in milk and honey“, he decided to take possession of this country which was the beginning of the first Slavic settlement.

There is a grain of truth in the legend: From the top of Říp, you can really see a large part of Bohemia. At least, when the visibility is good.

LOGISTICS & PLAN OF THE DAY

We will meet at 9:15 AM at the Masaryk Train Station.

Arrival back to Prague is planned just after 7:00 PM

(around 15 km of hiking with a steep ascent to Říp)

Includes train fare both ways, guided tour of Roudnice nad Labem, admission to the Rotunda of St. George on Říp, planning and organization

I look forward to hiking and sightseeing with you! 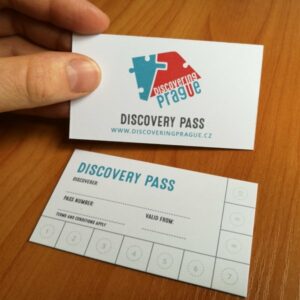 With Discovery Pass subscription the cost of most of our trips is close to what you would have paid if you had organized the trip yourself. But without the time-consuming work of researching the trip, booking tickets etc.! And by going with us you have guaranteed to meet lots of like-minded people!

Get your Discovery Pass!

GIVE A TRUE GIFT TO YOUR FRIENDS

Get a gift coupon